In April of 2017, following a third community meeting concerning approving variances for the proposed hotel development, Bloomfield Livable Streets wrote a letter to the developers, architects, and Councilmember Deborah Gross to reiterate and demand a more robust community input process and a more vibrant hotel development that reflects the creative community.  In our letter, BLS has 2 clear demands to the developers & architects moving forward: 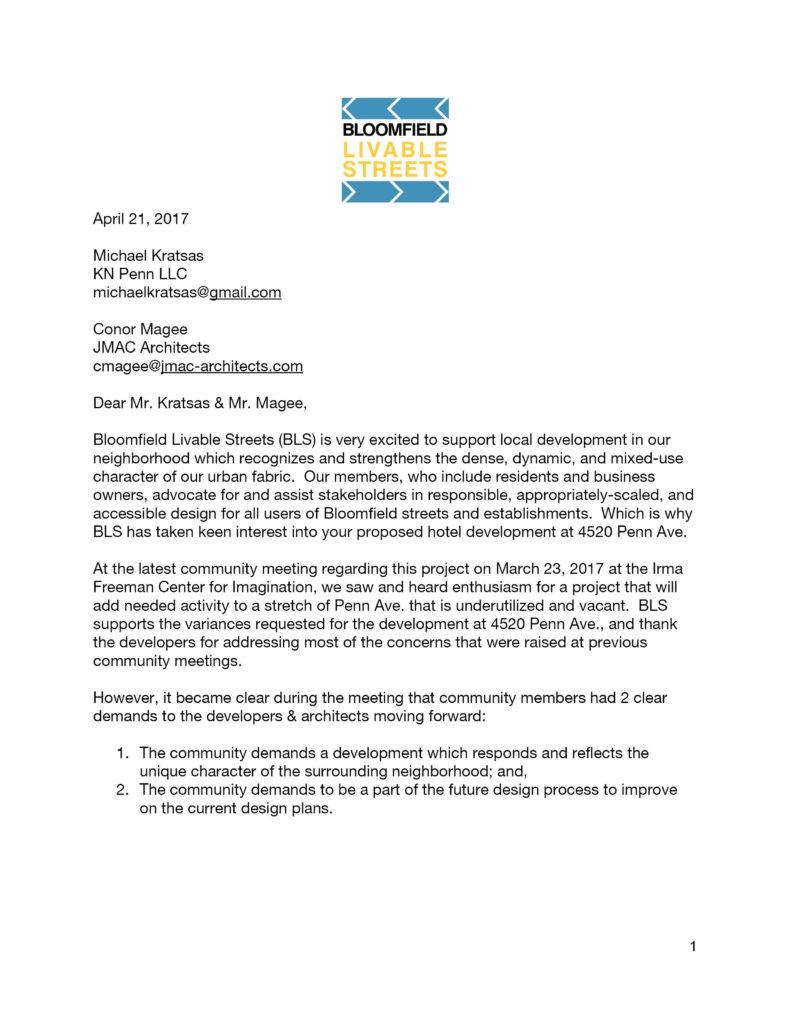 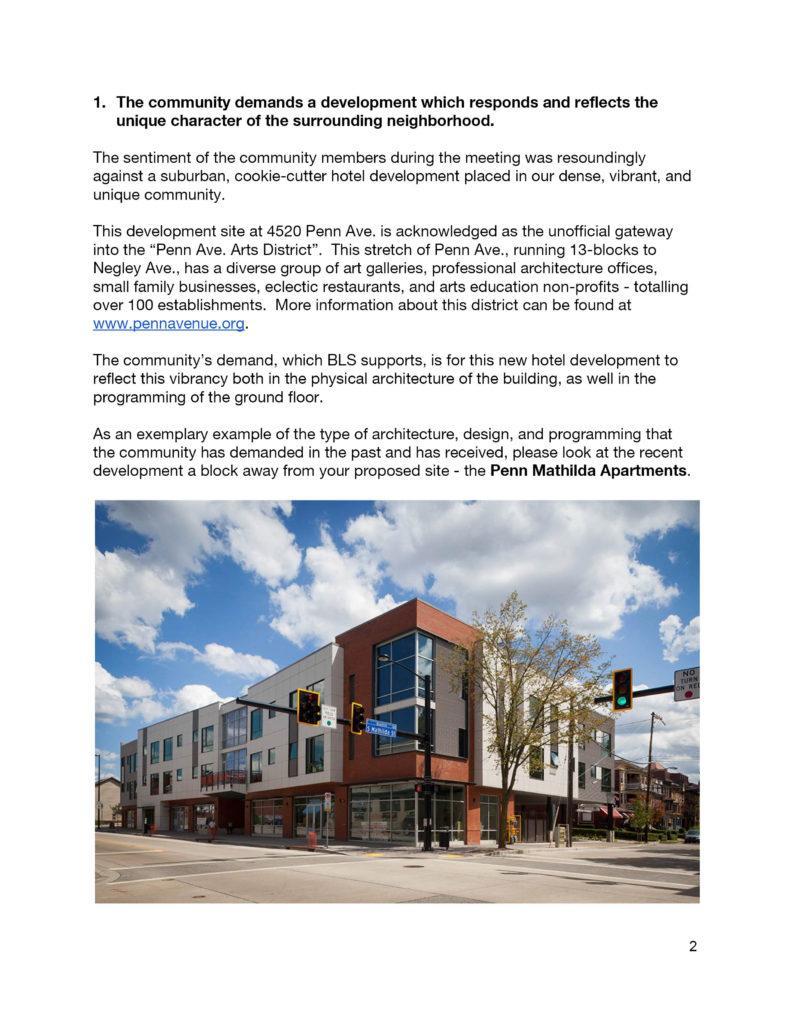 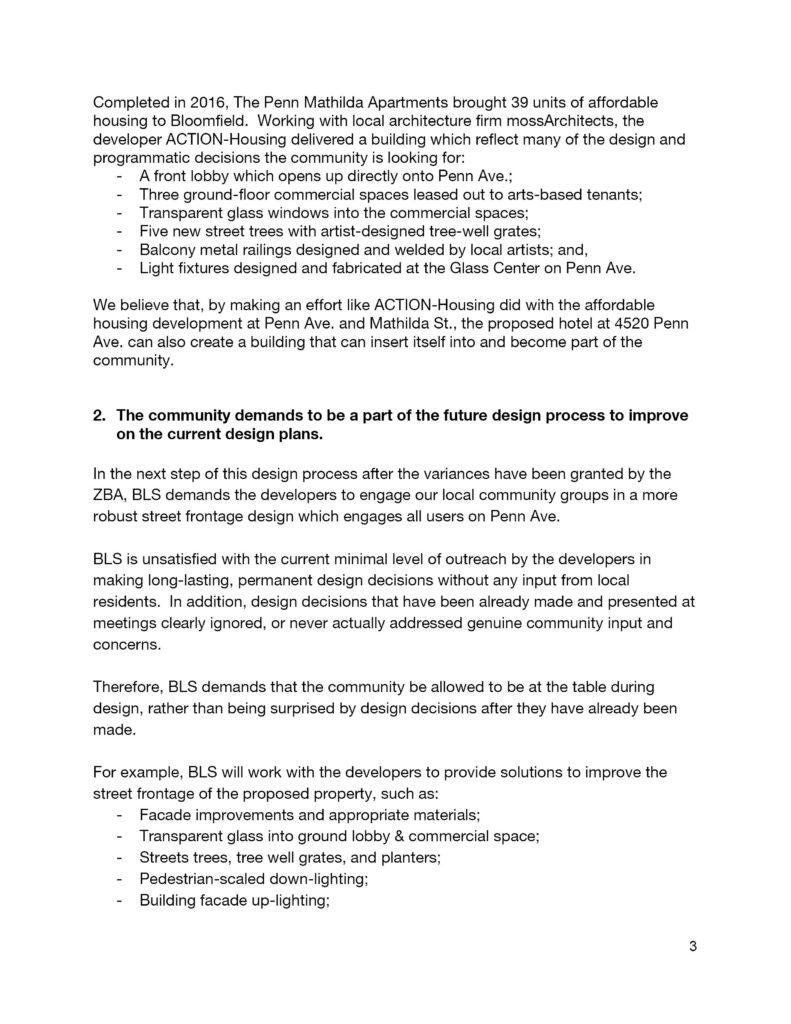 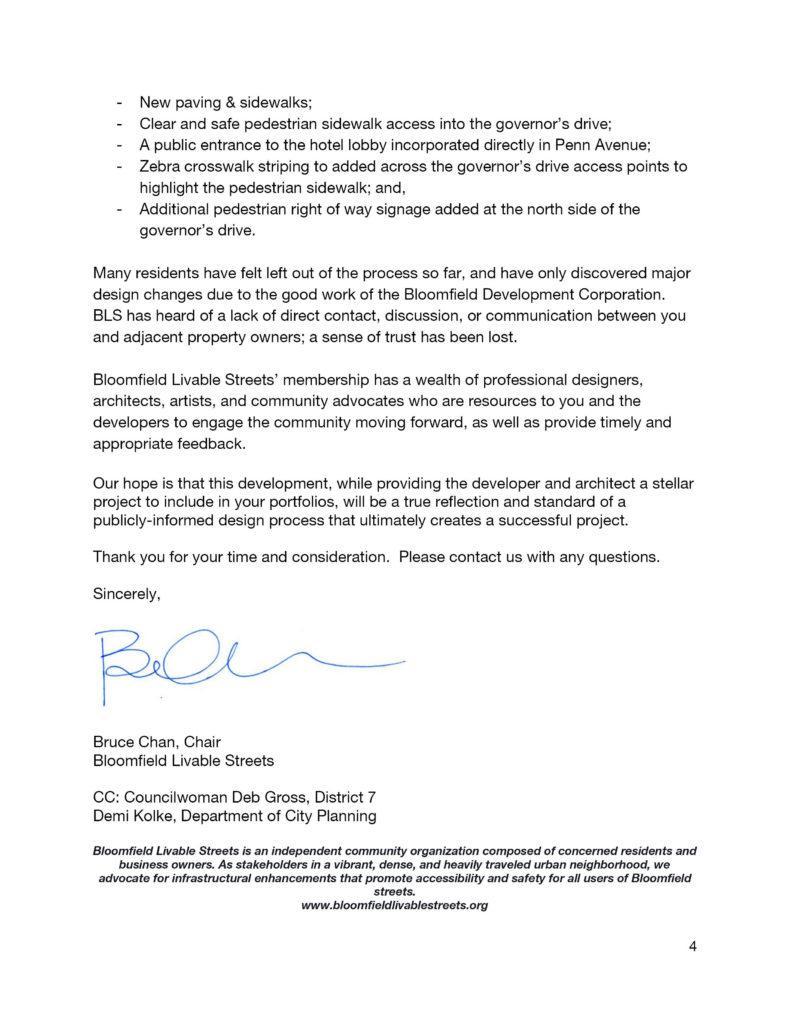 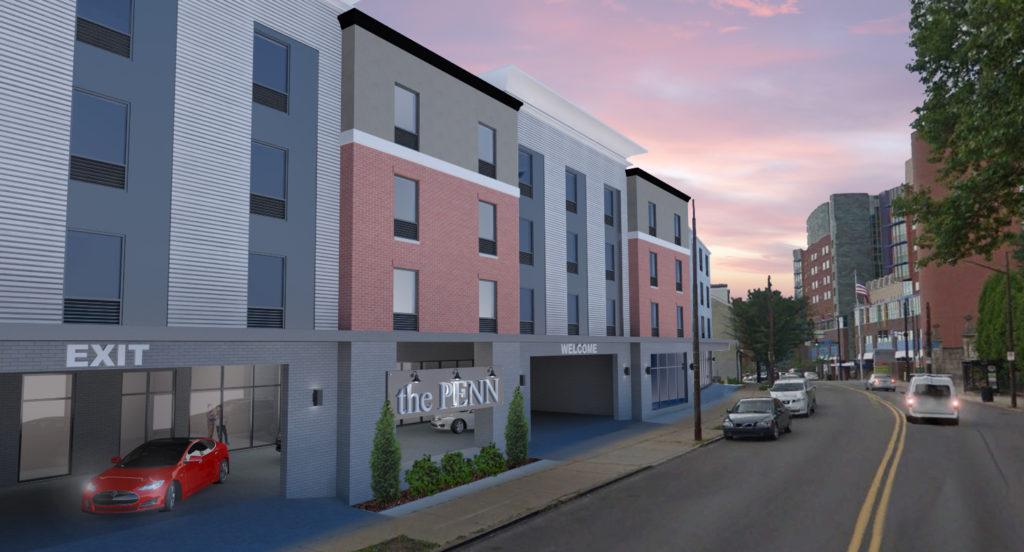 – supported responsible, appropriately-scaled, and accessible design;
– expressed enthusiasm for development along that underutilized and vacant stretch of Penn Ave.;
– thanked the developer for the continued open dialogue and public input to the design process; and,
– pointed out our concern of the inclusion of two new driveways cutting across the sidewalk/public right-of-way.

See our full letter and pedestrian-friendly hotel development examples below: 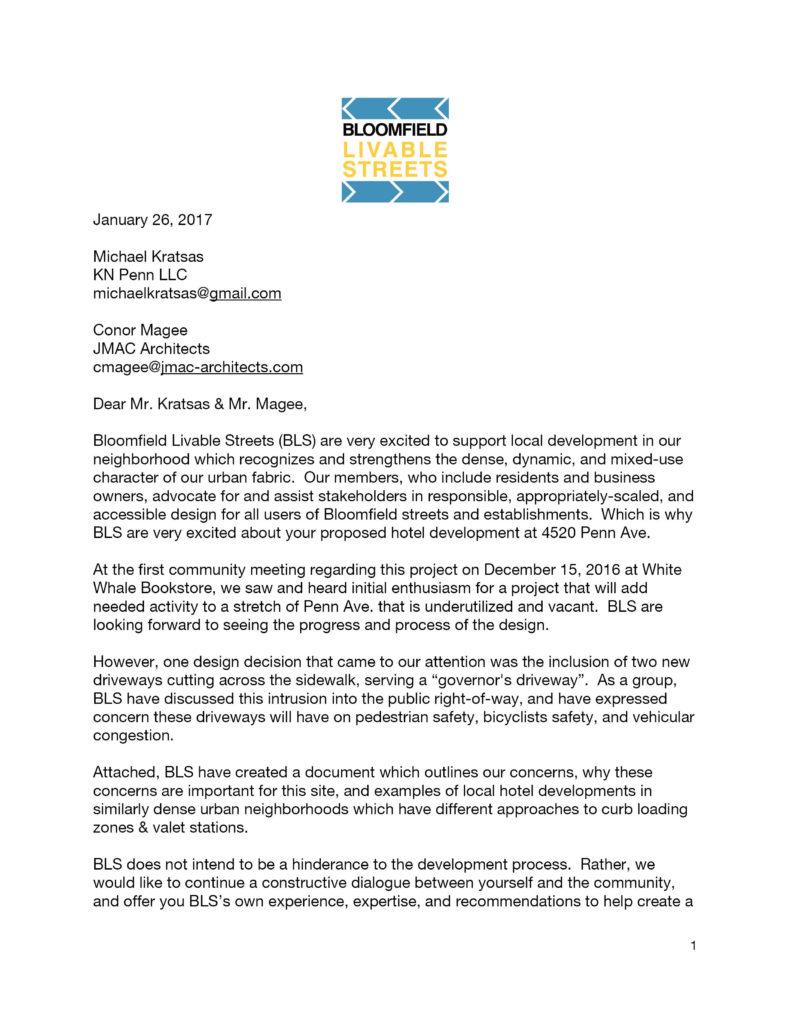 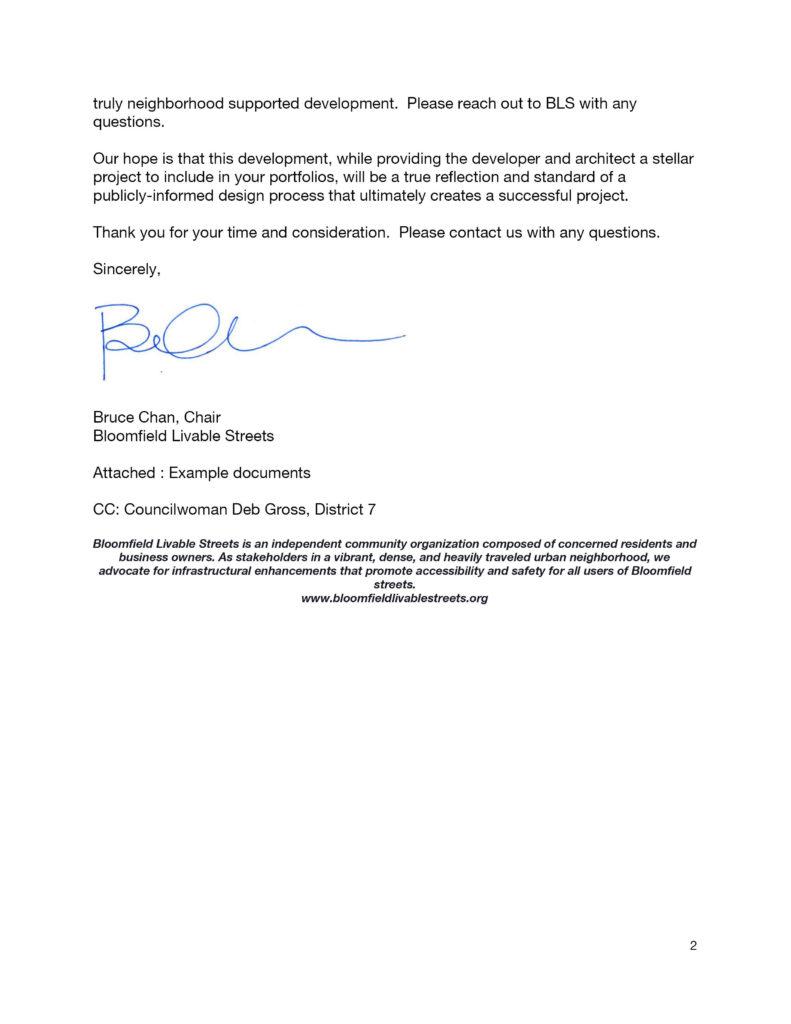 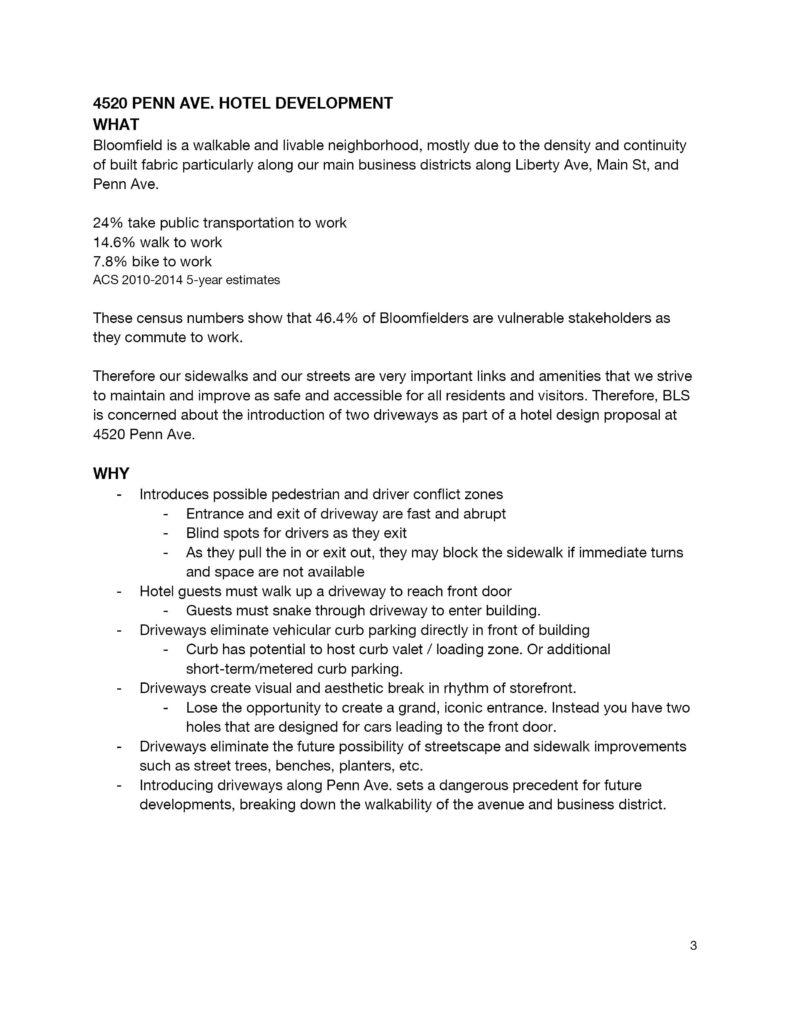 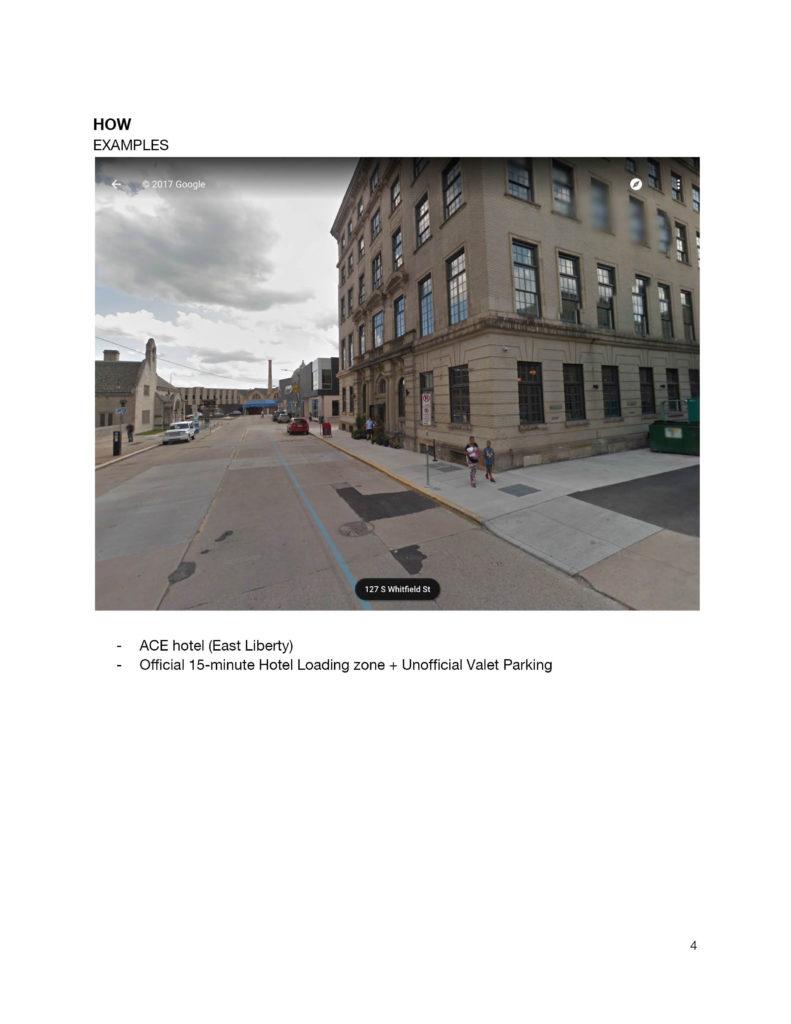 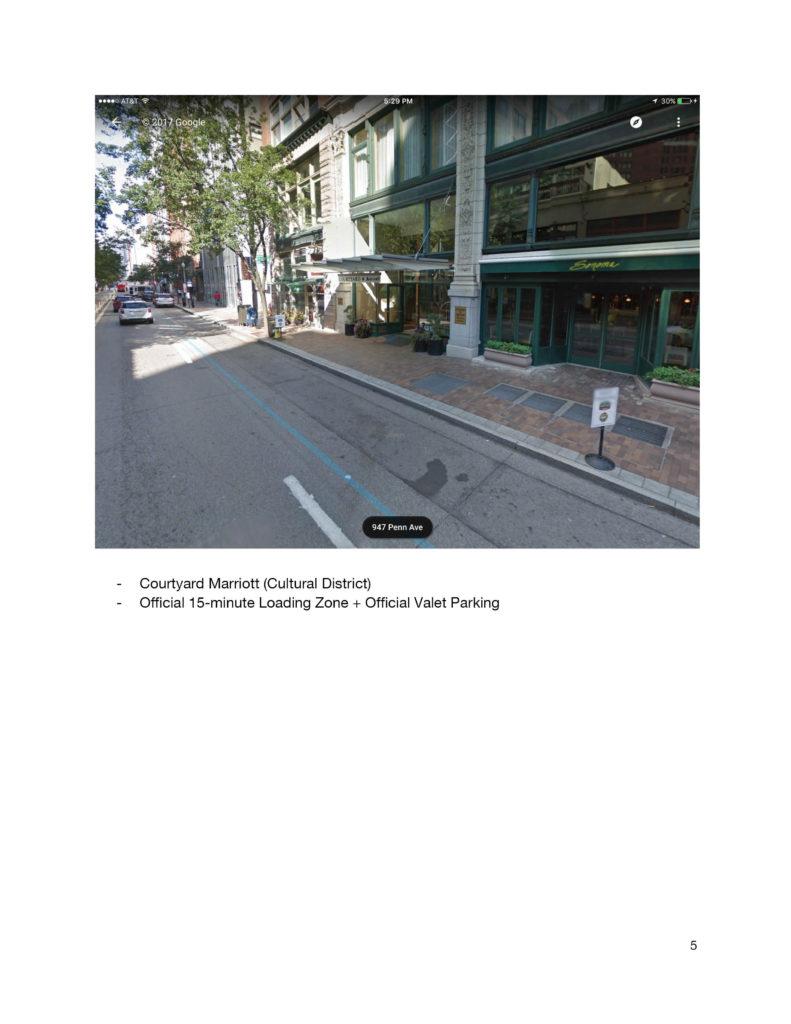 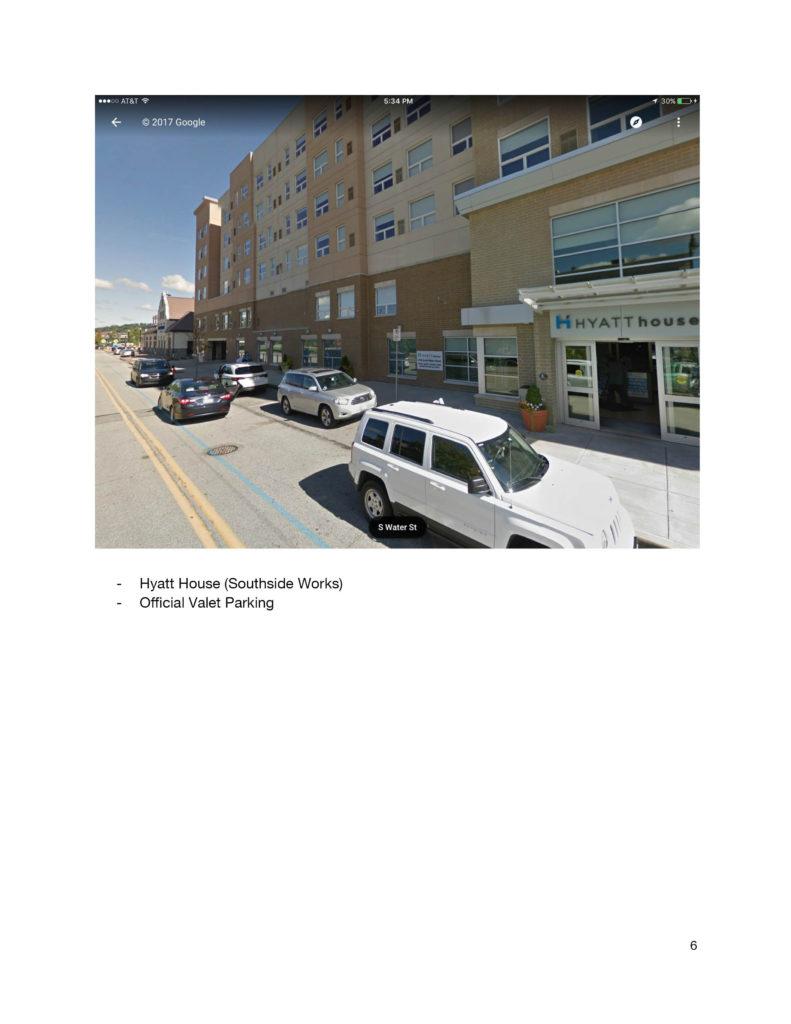 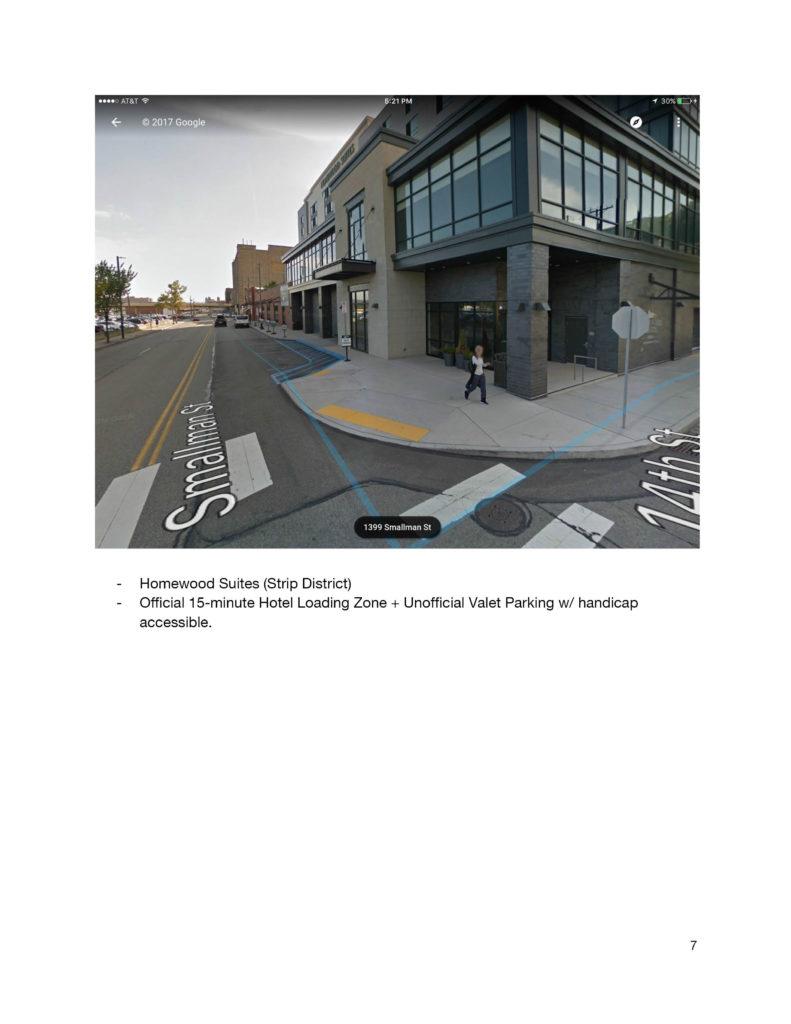 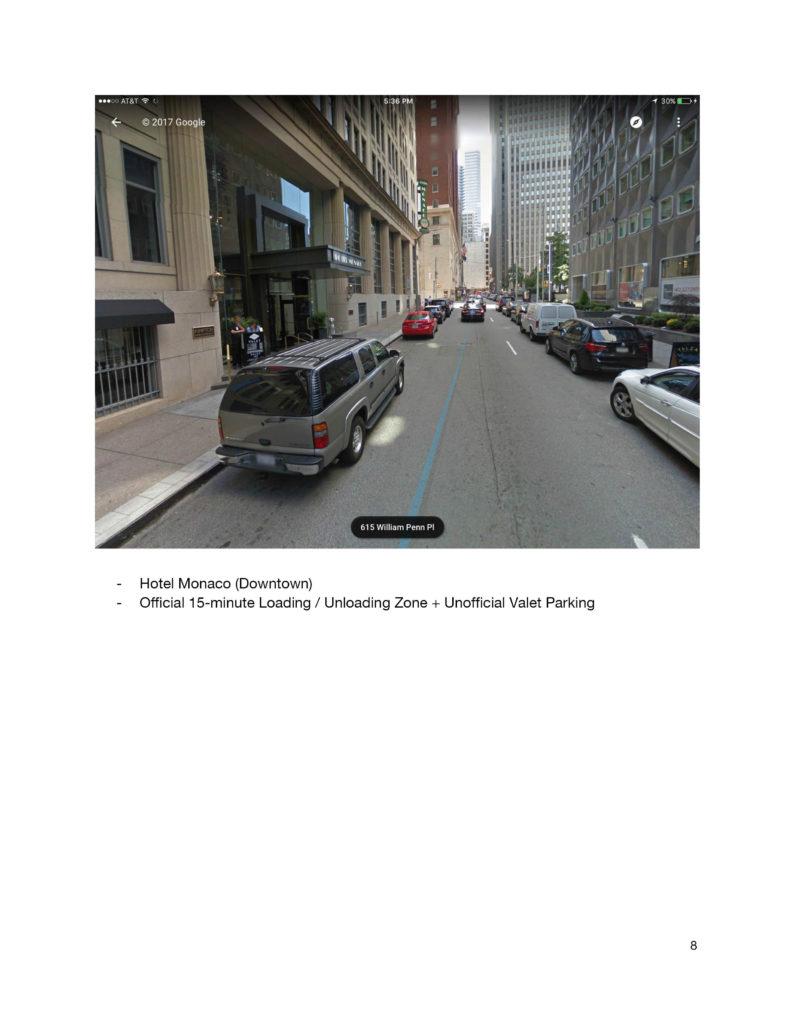 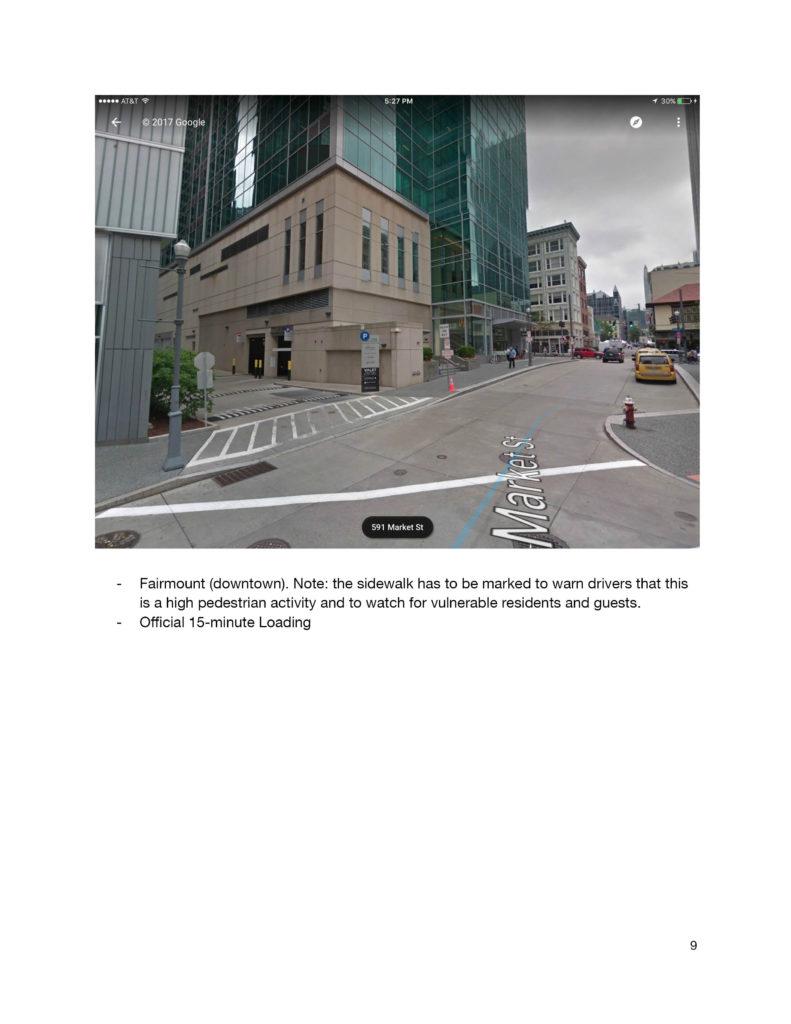