In May 2016, we asked YOU “Which main roads do you use when biking through Bloomfield?”. Here is a beautiful map, created by volunteer member & neighbor Sarah Kontos, which illustrates those results. This has proudly been sent to our city officials. 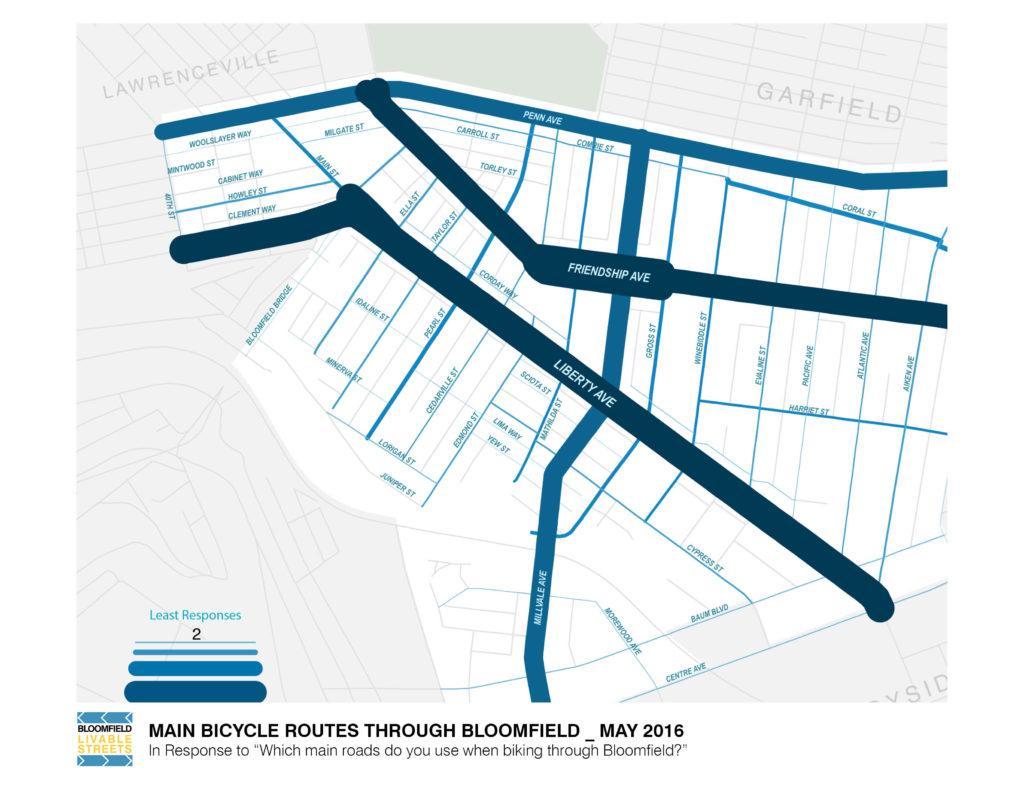 Here are just a few observations from the results:
– Not surprisingly, Liberty Ave. & Friendship Ave., both streets with bicycle infrastructure (Bicycle Lanes and/or Bicycle Sharrows provided), are the main routes through Bloomfield;

– Millvale Ave., with its connections to the southern neighborhoods such as Shadyside and Oakland, is a major secondary route through Bloomfield;

– Respondents were only given the option of naming streets, and not able to name specific stretches or portions of streets for this survey;

– While Pearl Street is marked on the map, it is assumed that the main portion used is between Penn Ave. & Liberty Ave.; and,

– Coral St. is a secondary street chosen. It is assumed that its high response rate signifies Coral St. as a parallel alternate to heavily trafficked Penn Ave., which does not have any bicycle infrastructure.