The Port Authority has been conducting a bus stop consolidation campaign, and the 88 PENN route (which runs between downtown and East Liberty, and serves more than 3,150 riders a day) has been analyzed, with 18 PROPOSED ELIMINATED bus stops & 2 PROPOSED NEW bus stops. The comment period will be open through February 7th, with changes being implemented on March 15th. Come out to this joint community meeting to discuss the proposed eliminated bus stops, and its impact on our transit dependent neighbors.

Voice your concerns and comments HERE.

Below is the list of bus stop consolidations, thanks to neighbor and transit advocate Fred Mergner. See you all THURSDAY!

“Every stop is important on 88 PENN. It travels a very busy corridor and serves over 3150 riders a day. And if you ride another route that shares a bus stop with 88 PENN, you may lose your stop also.

The following bus stops are proposed to be eliminated on March 15, 202 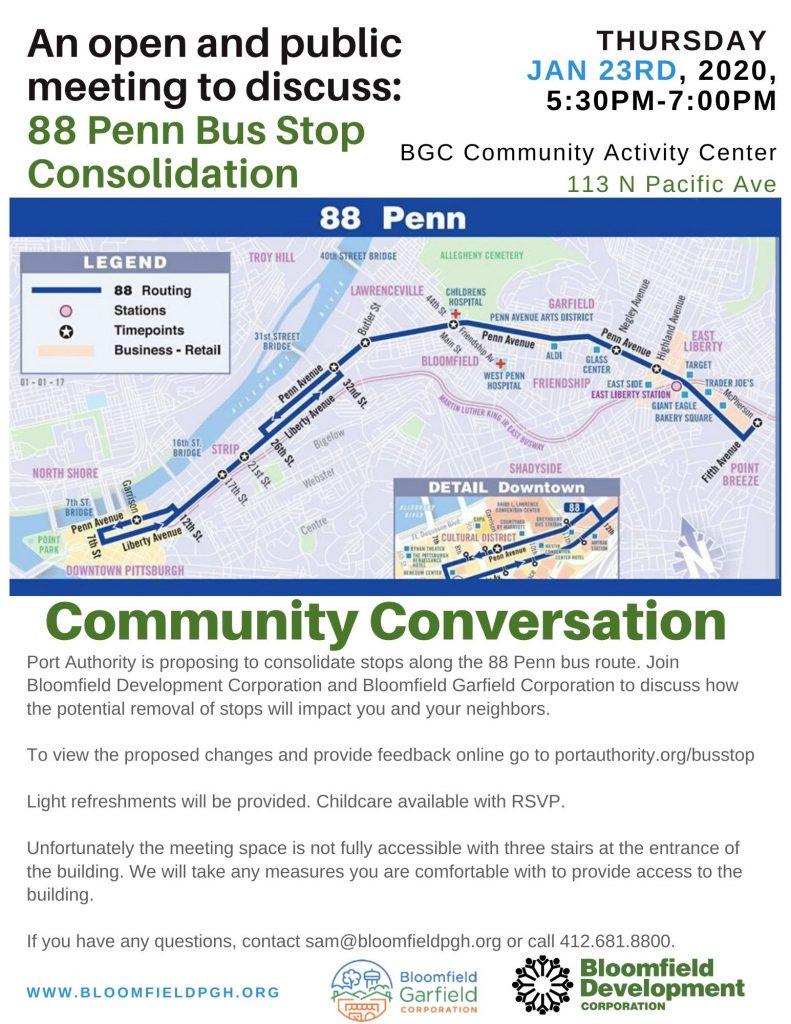